We are a creative team which specializes in alternative forms of tourism.Our purpose is to combine inspiration and creativity. We offer authentic vacations for the traveler who desire to experience the alternative side of Corfu, which is known only to locals.We are determined to show you the obvious and hidden beauty of the island whether it is achieved through Art, Nature, history, culture, myths and legends or through the simple everyday life on the island.

Our tutors are qualified and experienced in their own creative fields. They will not lead you to unnecessary and tedious details but instead they will focus on helping you to be more creative.They’re also in many case your hosts, interpreters and cultural attachés.

Whether you’re traveling alone or with other people, you will find yourself in an environment of friends who share the same interests. Our holidays have nothing in common with big, impersonal group tours. We take on small groups travelers who will have the opportunity to explore another face of Corfu while experiencing a taste of art and culture and enjoy themselves in the process.

Although we try to do most of the things as a group, everyone is free to spend their time as they wish. Also there will be a variety of extra activities available for anyone interested at an extra cost. (Cycling, scuba diving, yoga, water sport, tennis, fishing, horse-riding, e.t.c )

We will always be available to inform and guide you whenever you require.

We look forward to sharing our holidays with you soon. Ina Gerogianni, Founder of Alternative Corfu – Create in Corfu 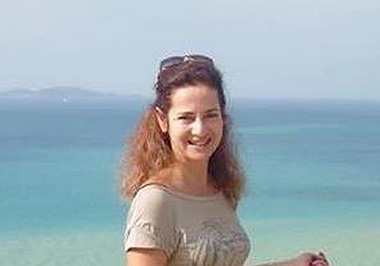 Apart from being a director of Alternative Corfu, Ina is professional painter, and tutor.

Ina was born in Corfu, she started studying art from a very young age at the “Corfu School of Art”. Later on she studied Byzantine Iconography at a local Byzantine art studio.She participated for three consecutive years in the course “ Fine Arts in Corfu”, organized by “George Washington University“, Washington DC &”Art League School “, Alexandria VA.She attended a series of lessons entitled “Impressionism and painting in open air ”

As an artist who enjoys change, she enjoys working in, oils, acrylics, tempera and pastels. She also enjoys working with oil paintings in open air impressionist landscapes.She has an extensive teaching experience with students of all ages. She enjoys sharing her experience as a professional painter and her enthusiasm for open air painting with every upcoming or experienced artist

In conjunction with her work as an artist, Ina has worked for many years in the tourist industry in Greece and abroad. 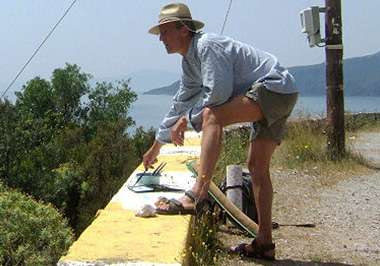 In recent years I’ve had the privilege of working in the Peloponnese, down in the Mani, during spring and autumn, before and after the paralysing stranglehold of tourism and heat waves. There I have dedicated myself to a decent and old-fashioned kind of open-air painting.

The motifs have alternated, and no subject has been too low to paint, rather the opposite. The landscapes are endlessly magnificent, the mountains over two thousand and four hundred meters high, and on a clear day you think that North Africa is appearing on the horizon. You experience the weather of yesterday, today and tomorrow at the same time.

I have been painting a lot of the properties that there was no room for in my previous projects of modernist construction; the villages and their inhabitants along the coast, their houses, boats and cars, even their domestic animals. Not to mention butterflies, ducks, beetles, badgers, and snakes. Or olive groves, gardens, and flowers of every possible colour. A rill of English tourists on a beach exceeded all the models I ever studied at my art schools. In kafeneions and tavernas I quenched my thirst for still lifes.

My gaze travelled over unexpected paths into the sea, down into my neighbour’s swimming pool, or up into the eternal blue, where different themes and ideas cross-fertilised one another in an aimless and pleasurable way. Everything changed day by day, depending on the weather conditions, or the stroke of the clock, and there seemed to be an unfailing number of variations on every single theme. One might imagine that clouds could look anyhow, but that is totally wrong. There are very strict limits, but on the other hand, if you look attentively, you will find that within this framework, the prospects are boundless. It has been my humble desire to capture, in a delightful way, events like dawns, sunsets and other blessed moments and vanishing conditions, that I thought were worth seeing. 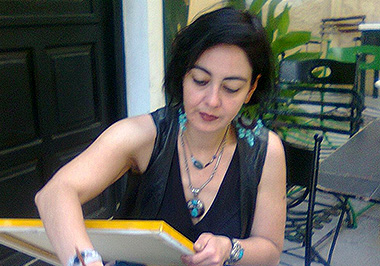 Sasha Chaitow has been painting since her early teens and studied art and iconography under the Corfiot artists Spyros Alamanos, Aggelos Gerakaris, and Nerina Lymperopoulou. She attended Vakalo School of Fine Art in Athens, Greece, has exhibited in Greece and Spain, and her work has been published in international cultural journals.

Sasha holds a PhD in cultural history, specializing in the relationship between Symbolist art and esoteric philosophy. She is the author of a book on French Symbolist author and philosopher Joséphin Péladan, and has published numerous articles on topics related to art and culture in the United Kingdom, Sweden, Spain and the USA.

She has taught History and Philosophy at the University of Indianapolis, and has lectured internationally on related subjects. Sasha has recently opened a boutique gallery in Corfu town specializing in Greek iconography, religious and heraldic art created by herself and a team of local artists. 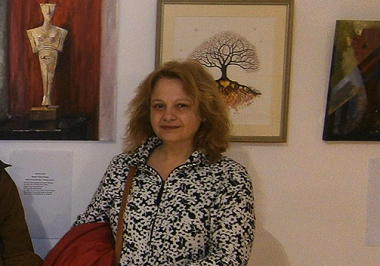 Elena lives and works in Corfu. She has studied Cristian religious painting at Petra School for Cristian art and art restoration studies. She has also completed her education at the Corfu Art School.

Elena is engaged both in oil painting, as well as in holy icons. She takes part in group art exhibitions and promotes her art through art shops. She is keen in socializing and she enjoys sharing her knowledge with other people. 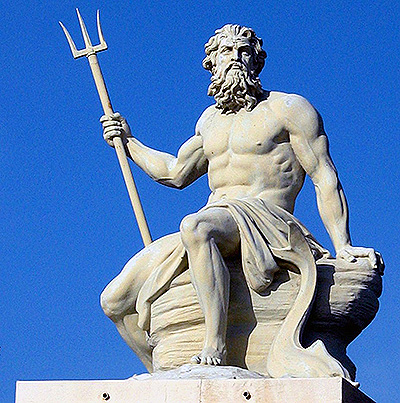 The island is bound with the history of Greece from the beginning of Greek mythology. Its Greek name, Kerkyra or Korkyra, is related to two powerful water symbols: Poseidon, god of the sea, and Asopos, an important Greek mainland river. According to myth, Poseidon fell in love with the beautiful nymph Korkyra, daughter of Asopus and river nymph Metope, and abducted her. Poseidon brought Korkyra to the hitherto unnamed island and, in marital bliss, offered her name to the place: Korkyra, which gradually evolved to Kerkyra (Corfu).

Corfu (Kerkyra ) it is the second largest of the Ionian Islands, and, including its small satellite islands, forms the edge of the northwestern frontier of Greece. The island is part of the Corfu regional unit, and is administered as a single municipality. The municipality includes the island Corfu and the smaller islands Ereikoussa, Mathraki and Othonoi. The principal city of the island and seat of the municipality is also named Corfu.

The Old Town of Corfu, a UNESCO world heritage site developed diachronically, through the osmosis of features of the two worlds of the Mediterranean, the East and the West. It stands in the Mediterranean world between the East and the West whilst maintaining its Hellenic origins. In a manner that is unique, the 8th century city of Corinthian colonists became Macedonian, Roman, Byzantine, Angevin, Venetian, French, British and Greek. The ground preserves traces left by all these peoples either on the surface or just a few meters below. 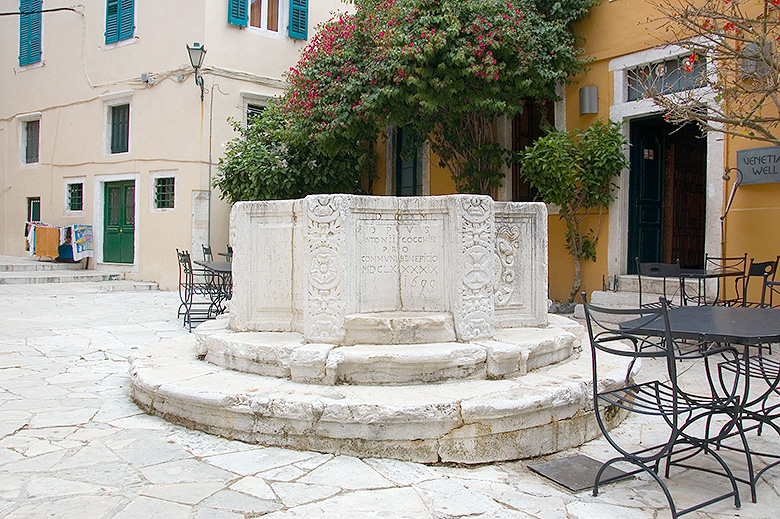 Along the island’s coastline you will find beautiful beaches and coves. As you move inland you come across picturesque small villages. The Corfu Archipelago is like a heaven on Earth, with luxuriant vegetation and the richest flora of all Mediterranean islands . In spring the island resembles an endless garden with flowers and countless lush green vegetation. This season is ideal for walking and trekking in the island rich network of paths. The island’s climate is warm Mediterranean. The summer here is warm and relatively dry with a blue sky, often cooled by seasonal breezes.

Edward Lear vividly describes the magic of Corfu: “Anything like the splendor of olive-groves and orange-gardens,the blue of the sky, the violet of the mountain, rising from peacock-wing-hued sea and tipped with lines of silver snow, can hardly be imagined […]”.